We offer multiple authentication methods ranging from basic auth to Oauth2. Although often used in the same sentence, authentication and authorization are not the same. Authorization happens after your identity has been authenticated (confirmed to be who you are) by an app. Thus, you are authorized to get access to data, files and the like.

Hot to start setting up authentication?

In the side-menu of the app, click on ConnectorAuth to get to the authentication screen. Next click on the Add button in the upper left corner. Now you should see the below screen: 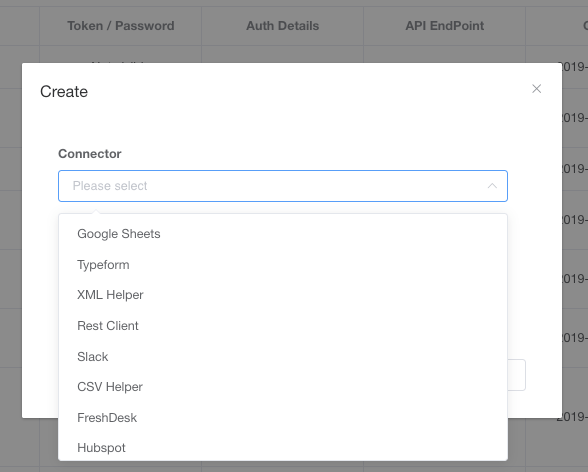 Select the Connector or Helper you want want to set auth up for - then:

Let's suppose you select Slack. Enter the name and select oauth2 and then hit confirm: 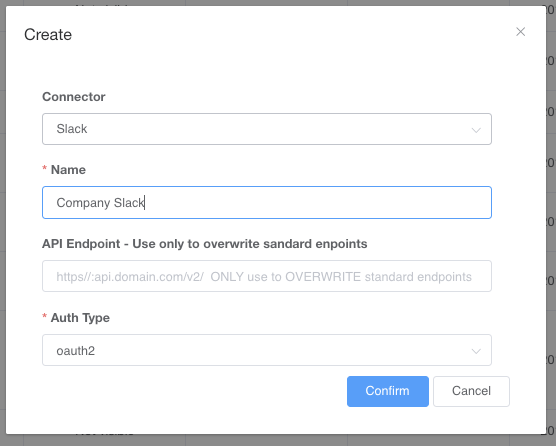 Now you will be redirected to the Slack authentication screen that you may know from other apps. Review the content and click allow: 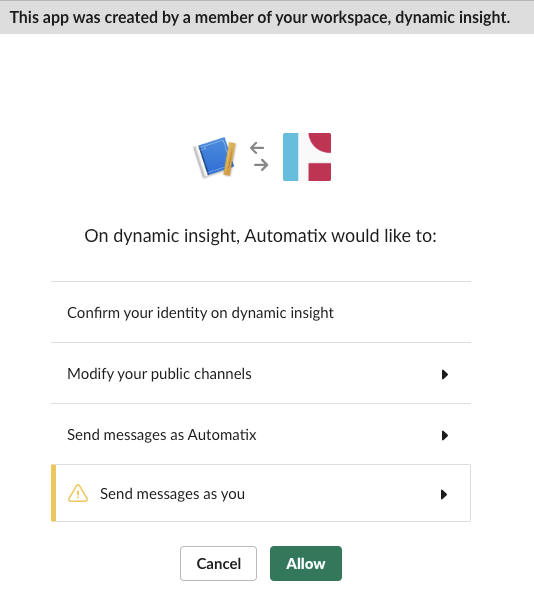 Authentication with Basic Auth for helpers

To setup basic auth for the REST Helper or CSV Helper, enter a name, select basic_auth and enter the full API token in the Auth token field. 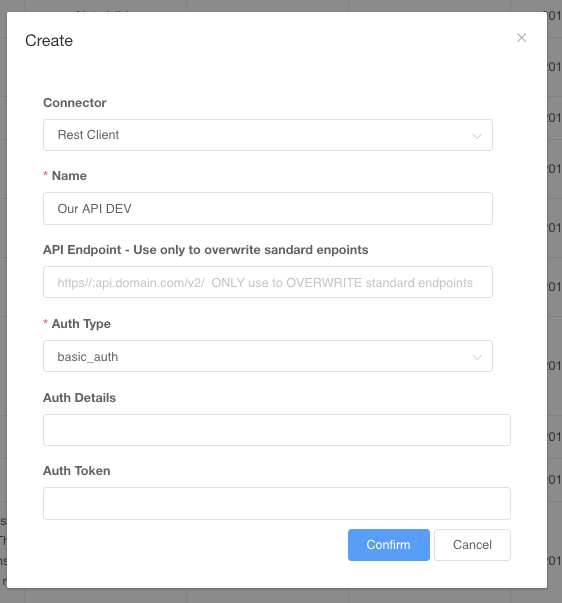 If the token require a  "Bearer " or "Basic "  prefix enter it in full like this:

Once all is entered, click Confirm and start using the Authentication in all of your automation flows. It is visible only on the Connector or Helper you set it up for.

Authentication with Basic Auth for Connectors

For connectors, basic auth is setup in the same way as for helpers, but we do the base64 encoding for you and safe you some work.

E.g. for Zendesk, which requires a subdomain, Enter the full domain including subdomain and trailing slash like:

Next enter the user-email associated to the Zendesk account in Auth Details.

Then enter your API-token non base64 encoded as it is. Dynamic Insight does the base64 encoding for you in the background. 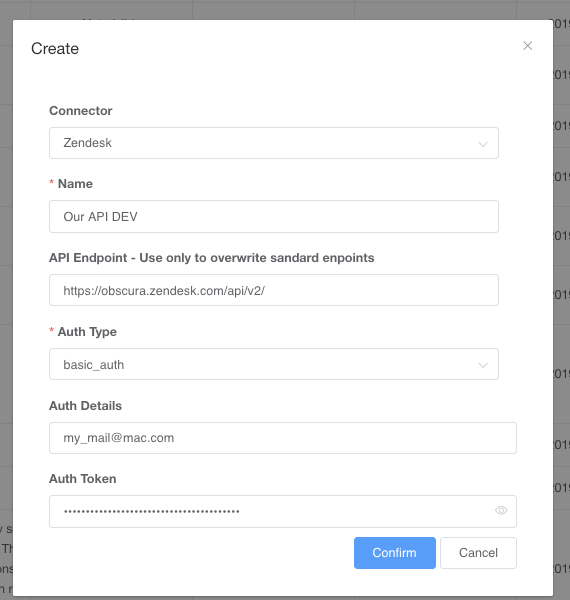 Finally, hit confirm and start using the authentication in your flows in the FlowBuilder. It is visible only on the Connector or Helper you set it up for.

A
Alexander is the author of this solution article.