The Loop Helper is one of the most powerful ones and at the same time, one of the easiest to setup. It allows you to loop over lists, dictionaries (a.k.a. dicts) and arrays and perform (execute) an action multiple times or in other words for each entry of the the list, dict or array. The simplest use-case is you get 10 contacts from Zendesk or a CSV file and want to create a new ticket in Zendesk for each of the 10 contacts. 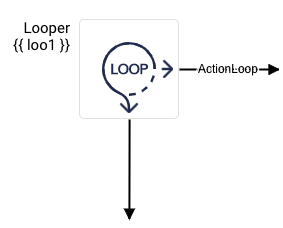 As displayed below, it is connected after any particular step and configured connecting the previous, incoming arrow from above to it. The outgoing already present arrow to the right, having the word "ActionLoop" associated to it (don't change this or it will break), is connected with whatever action you want to be done several times.

The iterate over action loops over a pre-defined list.

The Loop configuration in the right hand connecter panel is done by starting with the RefID, zend1, and connecting it with a period . and then the adding the object name where the list can be found, in this case, users. In other words. The first step of the flow returns a JSON containing the a list of users which are wrapped in "users" as a list. This can loop like this: 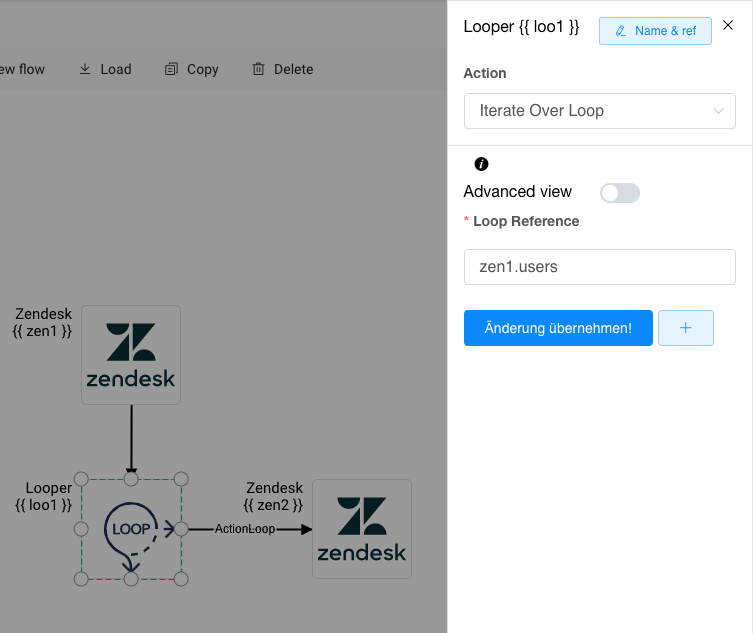 The iterate over action loops while (until) a to be defined condition is matched; usually e.g. until there are no more pages to loop over.

It has a maximum of 1000 iteration for capacity protection. If you need to increase this limit, please raise a support ticket.

A
Alexander is the author of this solution article.